Waterfalls is just one kind of moving water. Another one is ocean waves breaking on the coast.

Here are two photos at the same location – Rialto Beach in Olympic National Park. I like both of them. Each in its own way.

I like the first one for the wave breaking on the rock: 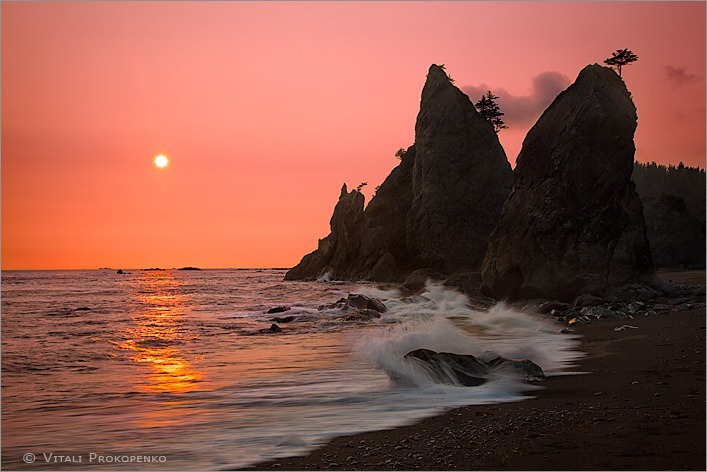 The second one for the nice S-curve that curves around the rock and leads to sea-stacks: